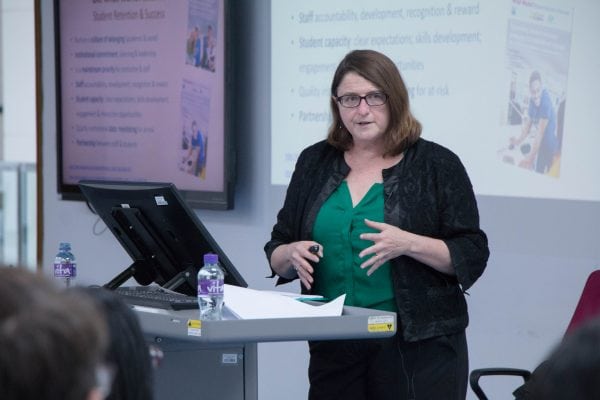 During her talk, Prof. Sally Kift shared her principles on transition pedagogy in first-year curriculum, adding that good first-year curriculum design should abide by interconnected organising principles to facilitate all students to achieve learning outcome and assist them in their transition from their previous educational experience to the nature of learning in university. She also made reference to a rich pool of resource while discussing diversity of students’ backgrounds, needs, experience, and patterns of study, which are factors that may further exacerbate transition difficulties.  In addition, Prof. Kift emphasised that curriculum design and delivery should be student-oriented, explicit and relevant, adding that evaluation and monitoring could lead to improvement in student learning. 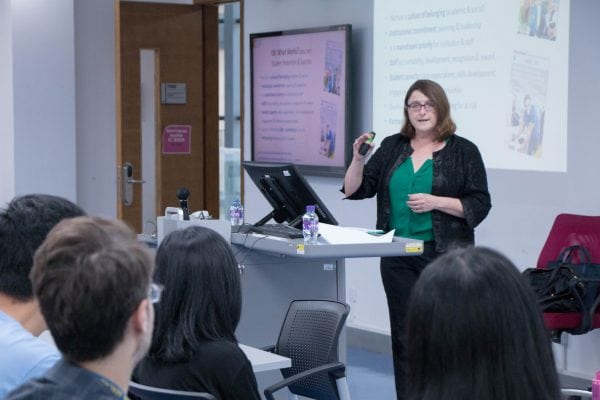 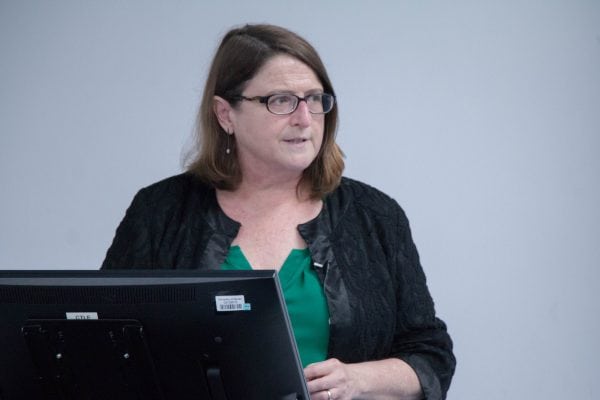 Professor Sally Kift is a Principal Fellow of the Higher Education Academy (PFHEA), a Fellow of the Australian Academy of Law (FAAL) and elected President, Australian Learning & Teaching Fellows (ALTF). From 2012-2017, she was Deputy Vice-Chancellor (Academic) at James Cook University. Prior to JCU, Prof. Kift was a Professor of Law at Queensland University of Technology, where she also served as Law Faculty Assistant Dean, Teaching & Learning (2001-2006) and QUT’s foundational Director, First Year Experience (2006-2007). Prof. Kift is a national Teaching Award winner (2003) and national Program Award winner (2007). She was awarded a Senior Fellowship by the Australian Learning and Teaching Council (ALTC) in 2006 to investigate the first year experience and is a Discipline Scholar in Law. In 2017, Prof. Kift was awarded an Australian Award for University Teaching Career Achievement Award for her contribution to Australian higher education.